Zeppelin returned to Friedrichshafen after more than 10 weeks on campaign

Yesterday, the Zeppelin flew the last leg of the PEGASOS campaign. For the possibly record-breaking distance of 700 km from Lübeck to Friedrichshafen, the airship needed approximately 8 hours. 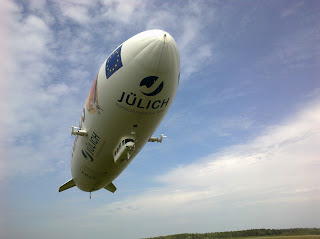 The PEGASOS Zeppelin is back in Germany

The Zeppelin started at 8 am in Ljungbyhed crossed the Baltic Sea at Copenhagen and went via Zealand, Falster, Lolland and Fehmarn to Lübeck where it landed at 2 pm. During flight it was rather windy and cloudy but the pilot manoeuvred the Zeppelin around the rain clouds. So, finally we are back in Germany after more than two months.

The weather forecast for the next days predicts head winds and rain. Still it is the plan to fly to Mainz on the 26th and from there to Friedrichshafen on 27th. It is also possible that the Zeppelin will stop in Hildesheim on 26th, or that we have to build out instruments and fly with a reduced layout. The decision will be made this evening.

Today we have crossed Sweden from Skavsta to the East to Ljungbyhed in the Western Part. The Zeppelin started at 1 pm. Although the flying conditions were rather rough, the Zeppelin landed safely at 8 pm.Tomorrow the airship will leave Ljungbyhed at 8 am and hopefully arrive in Lübeck in the afternoon.


A Zeppelin is not a bus which always departs on schedule. Rain showers over Sweden delayed the start of the Zeppelin on Tuesday until the afternoon. However, after takeoff the flight went rather smoothly and Skavsta was reached in only 7 hours. The vans with additional instruments arrived in Skavsta the next morning. At the airport, instruments were unloaded and put into operation.
The transfer will continue on Sunday afternoon. The Zeppelin will fly from Skavsta in the Eastern part of Sweden to Ljungbyhed in the Western part. Still, plans may change. A Zeppelin is not a bus.

The Zeppelin will depart tomorrow at 8:30 am for the transfer back to Friedrichshafen. It is expected to land in Skavsta, Sweden, in the early afternoon. Watch the life tracker: http://zeppelin.iek.fz-juelich.de/zeppelinlocation/. 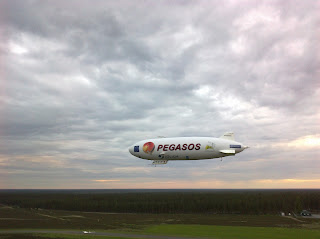 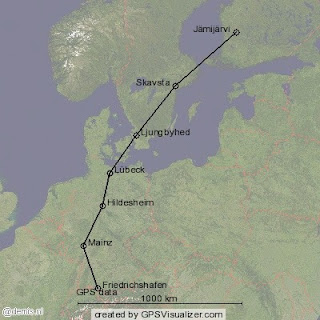 We are ready for flying back to Friedrichshafen. We packed our stuff and sent everything we don’t need during the transfer back to Friedrichshafen or Jülich. The rest is already distributed onto two vans which will accompany the Zeppelin during the transfer back. At the moment we are waiting for easterly winds for the Zeppelin to cross the Baltic Sea to Sweden. 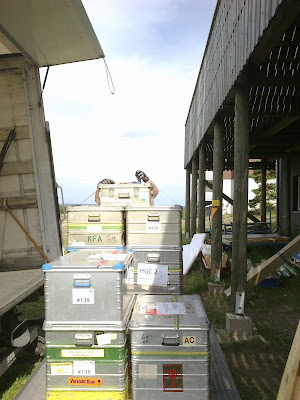 On Saturday, we flew with the SOA package into the night to observe the particle growth and change of particle properties during formation of atmospheric layers. The flight started at 10 p.m. before sunset and ended at 2 a.m. in the morning when it was almost dark. Heavy instruments were removed afterwards. On Sunday, we prepared the Nucleation flight for Monday morning. 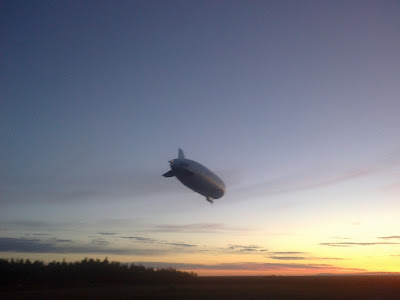