Today’s flights have been the last test flights of the 2011 test campaign. Equipped with the photochemsitry layout the Zeppelin took off at 12am. The airship headed towards the eastern end of Lake Constance where the City Lindau and the Pfänder Mountain came into sight. After returning to the hangar the flight conditions worsened but still the airship managed to fly one more leg above Lake Constance. An altitude of 4000 ft was reached. 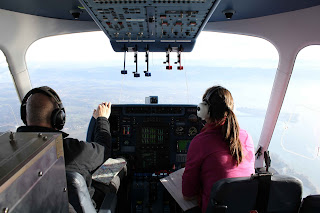 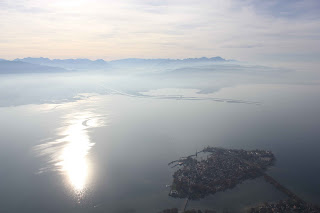 After landing and calibration, the instruments were shut down and the last flight of the 2011 campaign was finished.
Posted by PEGASOS at 08:58